The policies and general operations in Bainbridge are controlled by three trustees and a fiscal officer who work with over 100 employees at the Town Hall, Fire, Police, and Road Departments. 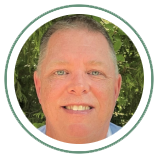 Dr. Michael Bates was born in Germany into a U.S. Navy family that settled in Dunbar Township, Pennsylvania when he was 10 years old. He spent most of his childhood and young adulthood in southwestern PA and moved to Ohio in 1993. While this is his first opportunity in elected office, Dr. Bates has been in public service his entire adult life.

Dr. Bates has been a resident of Bainbridge Township since 2019, but he has served the people of the community as a teacher for the Kenston Schools for the past 25 years. Dr. Bates has taught first, second, and third grade at the elementary level along with seventh grade Social Studies and eighth grade English at the Middle School level. Along with his teaching responsibilities, he has held various leadership positions for Kenston. For Kenston Middle School, he has served as a grade-level Team Leader, Social Studies Content Leader, and Design Team Coordinator. At the district level, Dr. Bates has been on the District Design Team in the past and has served as the Chair of the Local Professional Development Committee for the past 17 years.

Dr. Bates is a graduate of Gannon University (B.A., 1988), St. Vincent Seminary (M.Div., 1991), John Carroll University (M.Ed., 1997), and University of Phoenix (Ed.D., 2010). He lives in Tanglewood with his wife Gretchen and his daughters Gaby and Lily, both students at Kenston. His son, David, is a recent graduate from Cleveland State University and currently lives in Columbus. 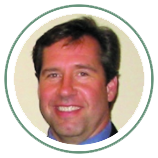 Mr. Markley was elected in November 2005 and is currently serving his fourth four (4) year term as Township Trustee. Mr. Markley’s current tenure continues through December 31, 2021. Mr. Markley serves as the liaison to the Service Department, represents the Township on the Bainbridge-Solon JEDD board and the Chagrin Valley Intergovernmental Council, and a member of the Geauga Metropolitan Housing Authority board.

Mr. Markley has been a resident of Bainbridge since 1993, living in the picturesque Lake Lucerne subdivision. He is a registered landscape architect with the State of Ohio and principal of Markley Design Group, a Bainbridge Township-based Land Planning and Landscape Architecture firm. He currently serves as city planner for the City of Independence. Mr. Markley is also involved with Ohio Stream Preservation, a locally-based, state-wide conservation organization, serving as its Executive Director.

Mr. Markley served on the Bainbridge Township Zoning Commission from 1997 – 2002 and participated on the Citizens Advisory Committee to help develop the township’s vision plan. He was a member of the Township’s Park Board, beginning in 1994 and serving as chairman from 2000 – 2004. Mr. Markley was active in the development of River Road Park and the S.R. 306/I-422 Interchange Beautification project and developed the landscape maintenance program for all of the township’s parks, cemeteries, and facilities.

Locally, Mr. Markley was a member of the Lake Lucerne Architectural Review Board and led the community’s successful effort to dialog with the Oho Department of Transportation (ODOT) in the re-location of Chillicothe Road (S.R. 306). He served as coach and volunteer for the former Kenston Athletic Association (now Kenston Community Education, “KCE”), served as a member of the KAA Advisory Committee for the transition to KCE, was a co-founder of Kenston Futbol Club (a youth travel soccer program) and a parent volunteer for Cub Scout and Boy Scout Troop 102 in Bainbridge. Mr. Markley frequently donates professional design and consulting services for a variety of Kenston-based initiatives including the Kenston High School Varsity baseball and softball fields, the entrance to the Kenston High School Stadium, the Gardiner School Soccer Fields (now the Kenston Bus Garage), playground projects and other worthy community efforts.

Mr. Markley is a graduate of Walsh Jesuit High School (1982), Miami University (1986, BA), and the Ohio State University (1989, MLA). He is married to Lori and they share two children, Garrett and Elise. The family is active members of Holy Angels Church in Bainbridge Township. Mr. Markley enjoys playing tennis, is an avid skier, tinkering with a ’37 Chevy, and watching/playing soccer. 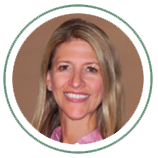 Kristina O’Brien is serving her second term on the  Bainbridge Township Board of Trustees, having been originally elected in November 2015. Since 1994, Kristina worked in the private sector, managing, and eventually owning several successful businesses in the real estate title insurance industry.

Kristina was elected by her fellow Geauga County township trustees to be their representative to the Geauga Trumbull Solid Waste Management District Policy Committee. Kristina also serves on the Nomination Committee for the Geauga County Township Association.

Born and raised in Northeast Ohio, Kristina is married to Greg O’Brien. In 1999, they chose to reside in Bainbridge Township to raise their family. The O’Briens have three sons; Josef, William, and Shane. Kristina volunteered on the St. Joan of Arc School P.T.O. and was a member of the finance committee at Notre Dame-Cathedral Latin School (“NDCL”). 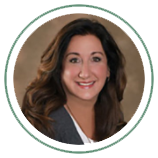 Mrs. Sugarman grew up in Rochester, NY, moved to Ohio in 1990 and has resided in Bainbridge Township since 1997 when she married her husband, Pete.

Mrs. Sugarman worked for 19 years at technology companies before deciding to become a stay-at-home mom in 2005. For 14 years, she volunteered her time on the Kenston Schools PTO boards, serving six years as President. She was also a member of PTO Council and served on the board of the Chagrin Valley Women’s League. Since 2019, she has been a member of the Leadership Geauga board.

Mrs. Sugarman is a graduate of the State University of New York at Geneseo with a BA degree in Communications. She has two sons, Lou and Joe, who both attended Kenston Schools. Her husband, Pete, also graduated from Kenston and runs a family business that has been in Bainbridge Township since 1975.